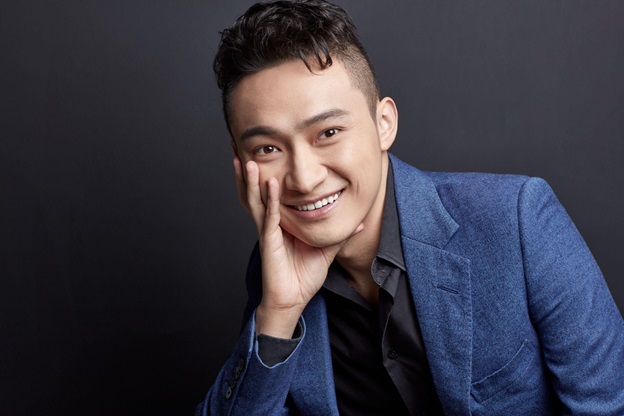 Cryptocurrency entrepreneur Justin Sun, known as the Founder of the Tron blockchain, has set his sights on outer space.

One of the most well-known entrepreneurs in the blockchain space, Sun has accumulated billions since his early involvement with the industry. Now, he’s transitioned from a leadership role at Tron, as the network has become a fully decentralized autonomous organization (DAO). Amid several other blockchain-related ventures, H.E. Justin Sun is taking the opportunity to serve as Grenada’s Representative to the World Trade Organization, and to plan a trip to space as the winning bidder of a seat on Jeff Bezos’ Blue Origin voyage.

“I won the auction six months ago but missed the launch. However, this did not stop my love for space,” said Sun in a tweet announcing his winning bid. “So I’m very excited to announce this news and turn this opportunity into a voyage with five other warriors to space with me because I believe that space belongs to everyone.”

While Sun missed the initially planned launch, he’s confirmed that the voyage will be rescheduled for a later date. He went on to explain that, through his Sea of Stars project, he plans to nominate five other crew members for the voyage, which will include individuals involved in the technology, cryptocurrency, and art communities. He also hinted that a nominee could be a member from the Tron DAO.

“Going to space has been a dream of mine since my childhood, and it is also the future direction of humankind. I want to share my joy with everyone in the Tron DAO community and the whole crypto world. This is an exciting journey,” Sun continued in his tweet announcing the project. “Each nominee shall hold a special status in their field while having a strong will to explore space.”

Justin Sun sees the Sea of Stars project as a way of supporting the growth of the commercial space travel industry, which he says has the potential to make space travel more available to a wider audience beyond the few individuals who have made the journey thus far.

“With the rapid development of commercial aerospace, entering space may become a dream that every person can realize in his or her lifetime. We are entering the era of great spaceflight. This great journey requires more people to get involved,” said Sun in a statement on his bid. “The initiative of Blue Origin to take more people to space to see Earth as our singular common home is extraordinary. Club for the Future offers a way to use that experience to inspire youth around the world to dream and act on their dreams of science, technology, and space exploration. I felt compelled to help further that vision through my bid.”

The Harvard Business Review reported that 95% of the estimated $366 billion in revenue earned in the space sector was from the space-for-earth economy in 2019, meaning that this revenue was generated from goods and services produced in space for use on Earth, including satellites for telecommunications infrastructure and national security applications.

However, according to the report, with commercial companies such as Blue Origin demonstrating the capability to send human beings to space, some analysts are projecting the rise of a space-to-space economy. This would involve, for example, mining the moon or asteroids for materials to produce in-space habitats for space tourists, or to supply refueling depots for commercial space vehicles.

The involvement of high-profile entrepreneurs such as Jeff Bezos, Elon Musk, Richard Branson, and now Justin Sun in the commercial space business has raised the profile of this industry. As private companies continue to demonstrate capabilities to support human space travel, investors are seizing on the opportunity to support an industry with massive growth potential and rising demand.

“Space exploration is the joint mission of all humankind, and the Sea of Stars is the future of our generation,” tweeted Sun. “With the rapid development of commercial aerospace, entering space may become a dream that everyone can realize in their lifetime.”